Haileybury College is launching in January 2017 a Haileybury City Campus, which will be Melbourne’s first Early Learning Centre to Year 12 private school campus in the CBD.
As part of the new campus, an Early Learning Centre is being developed and an existing roof space is being transformed into an interesting and new space for pre-school children.
One of the challenges of this project, which we find is a common issue for Green Roof projects, is load bearings and working with existing (often outdated) infrastructure elements.
In terms of load bearing for this project, every element of the roof needed to be approved by a Structural Engineer and in some cases, the actual placement of product was strictly specified as well. For example, the planter beds were placed 2 metres apart to spread out the loads. Natural rocks were also substituted with fibre glass replicas and the sand pit area was straddled over the existing floor supports as well.
The existing infrastructure was also a significant consideration and when works started on the site, it became apparent that the drainage was blocked. The KHD drainage cell was an essential component of problem solving this particular issue.
KHD supplied the following –
100 square metres of Bluestone (sawn pavers)
300 square metres of drainage cell for the planter boxes
VersiJack and VersiPave supports which were use on the extensive decking
The new Early Learning Centre will not only support Haileybury’s existing families, it will provide additional placements for the many families that are moving into the inner city and CBD areas with the extensive developments such as this at North Apartments.
Contacts –
Architect – Darren Carnell Architects
Landscape Architect – Jeavons Landscape Architects
Main contractor – Harris HMC
Installer – Melbourne Landscape Company 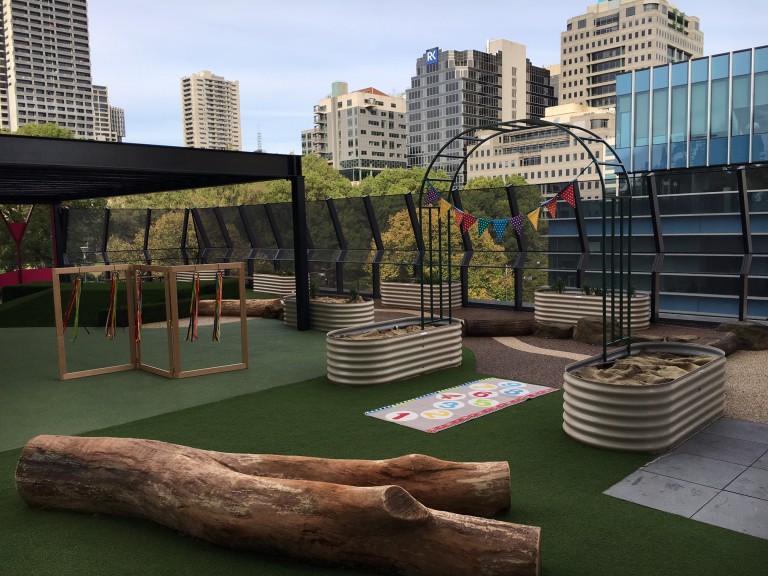 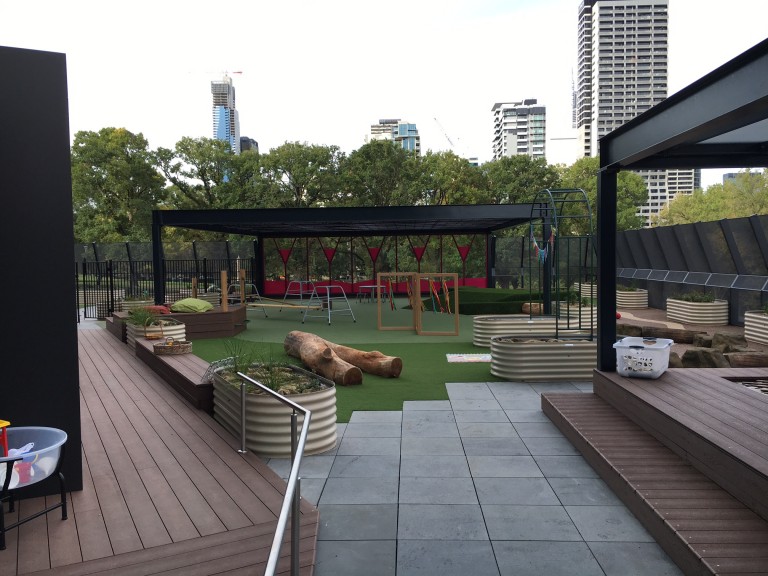 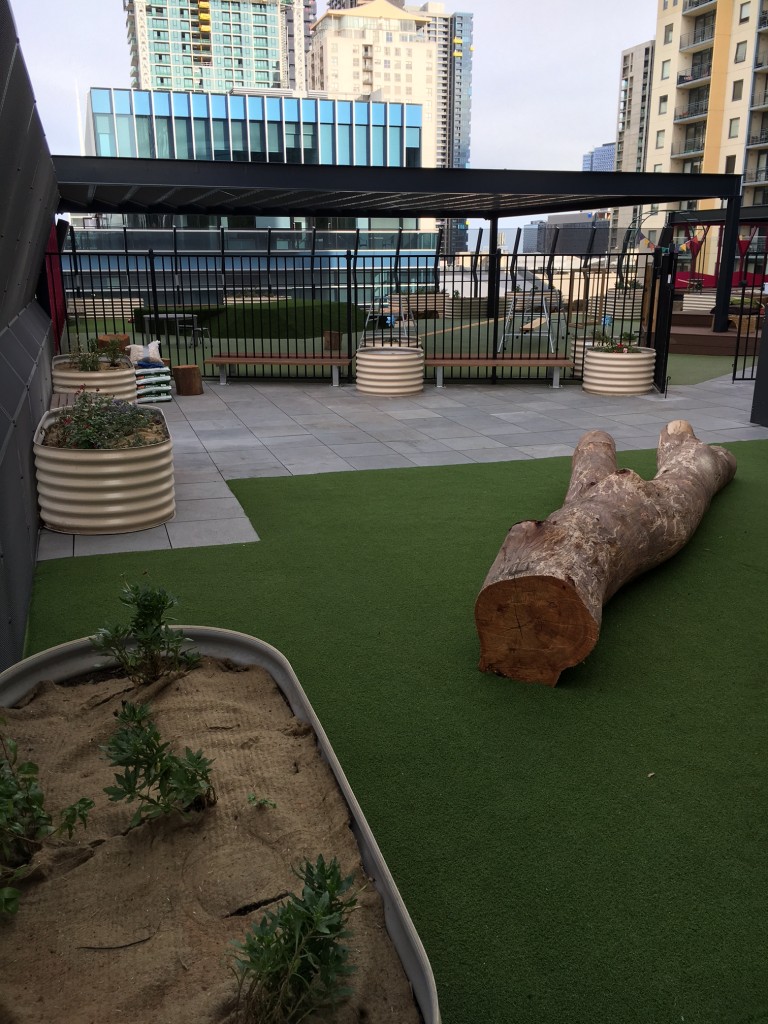 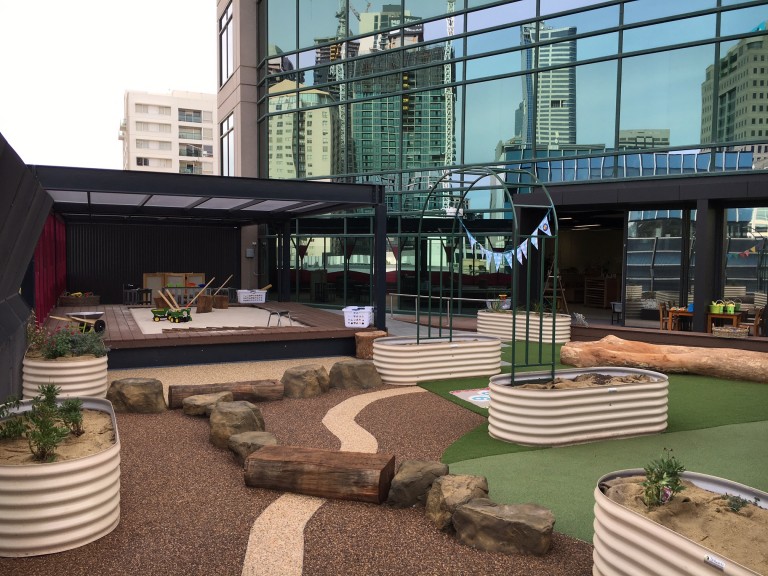